Monkey Face Orchid. Found on the sides of the high mountains in southeastern Ecuador and Peru at an elevation of 1,000 – 2,000 meters, the monkey face orchid is a popular but rare favourite among orchid collectors, because it has a distinctive monkey or baboon face in its flower.

What really captures our hearts about these little buddies are their long faces, formed by a handful of long petals. While the center of the flower may be a dead ringer for our ancestral cousins, the name is a shout-out to the two long sepals (the part of a flower that encloses the developing bud) located at the base of the petals. Even better than its name or appearance might be the scent that is emitted from the monkey orchid. When this particular species of orchid blooms, it gives off a scent of ripe oranges.

We all know of moth orchids, more commonly known as the Phalaenopsis orchids, whose shapely petals resemble the wings of a moth. But have you heard of the monkey-faced orchids, which, to our amazement, has flowers that look exactly like the primate it was named after? See it to believe it.

A rarer than the rarest breed of orchids, the Dracula simia is an epiphytic plant (or a plant that thrives on top of another plant without affecting or causing the later any harm) with uniquely shaped petals and center that paints a perfect picture of a monkey – a smiling one at that.

Aside from its unique appearance, the monkey-faced orchid is also famous for the sweet fruity fragrance it gives off when it’s in full bloom, reminding you of (no, not bananas) ripe and juicy oranges.

Earlier this year, curious tourists and orchid aficionados alike headed over to Japan to witness a flower display dedicated solely to these one-of-a-kind orchid plants. In celebration of the Year of the Monkey, Aquamarine Fukushima, otherwise officially known as the Marine Science Museum, Fukushima Prefecture, in Iwaki launched an aptly themed exhibit last January the monkey-faced orchids.

Brian, a research chemist from Boston, USA, described it as a perfect example of a ‘simian pareidolia’ where the face of a primate is seen in an entirely unrelated object.

He said: ‘We were all shocked when all of a sudden we were confronted by all these little monkey faces staring back at us.

‘The weird thing was that each one was a little bit different and almost seemed to have their own personalities. 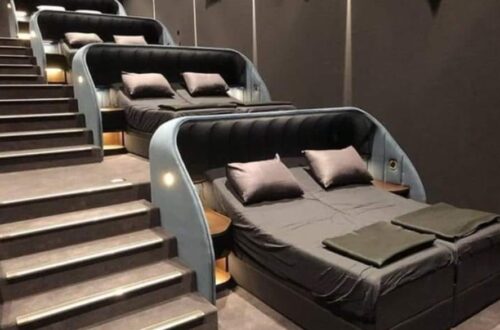 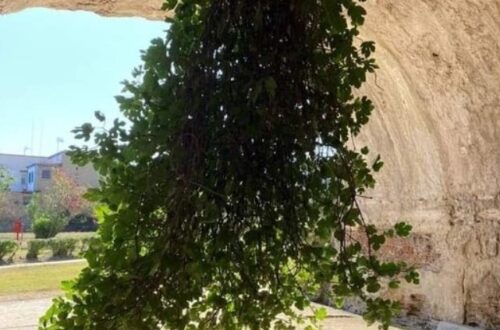 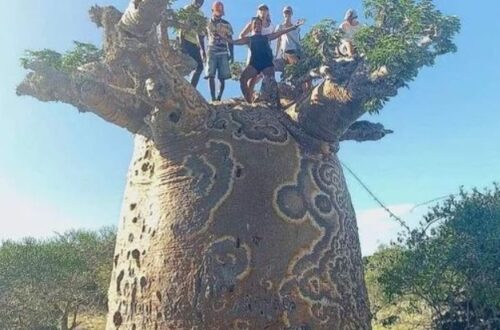